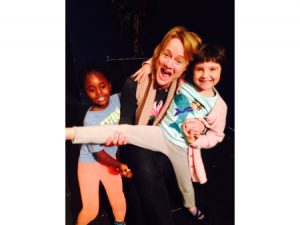 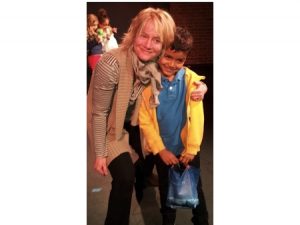 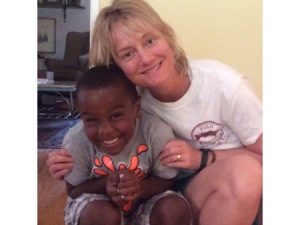 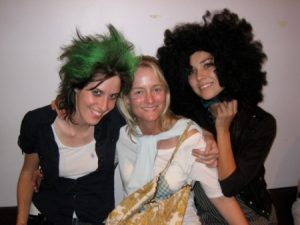 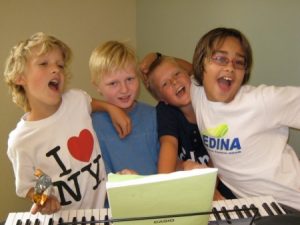 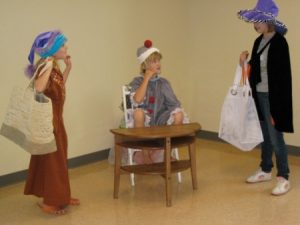 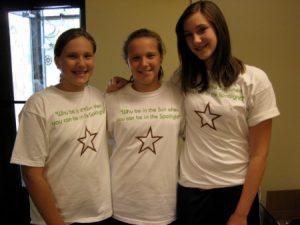 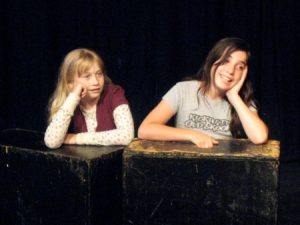 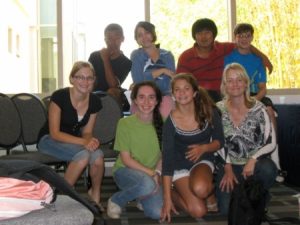 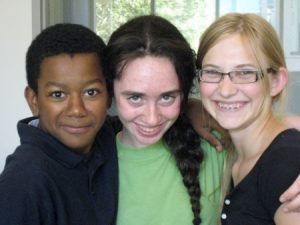 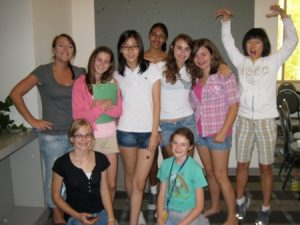 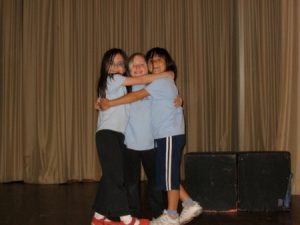 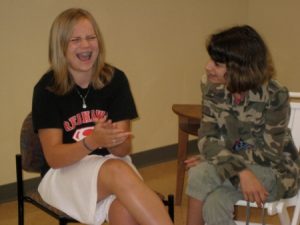 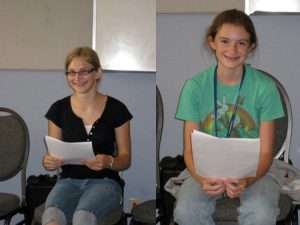 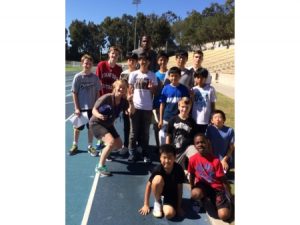 Since moving to Los Angeles, Carolyn finished her college degree at UCLA, graduating with a major in Women’s Studies and English. She wanted to learn about politics and history through a female-centered lens, and to delve into literature so she would have a more balanced, insightful approach to the arts.  After graduating from UCLA, Carolyn secured an intern position with the Mark Taper Forum in their New Works Festival as a literary assistant. She worked with NY playwright Diana Son in this workshop on her piece “Gold” starring actress Sandra Oh.

Shortly after, Carolyn started teaching and directing kids at The Young Actor’s Studio in North Hollywood. She has been on the faculty there for fifteen years and has directed over 50 productions. Carolyn has also taught Shakespeare and Chekhov at The Stella Adler in Los Angeles. She is also a writing teacher and has taught writing classes to gifted kids at the Summer Institute for the Gifted at UCLA for the last nine years. Presently, Carolyn is a substitute acting teacher at Crossroads School for Arts & Sciences in Santa Monica.

Carolyn has run private acting camps for young adults in both Minnesota and in Nebraska. Parents feel safe having their children in Carolyn’s hands as she is a very enthusiastic, maternal and highly imaginative teacher and person.

Carolyn Crotty can be hired as a private acting coach or as a writing tutor.

“Carolyn Crotty has a gift for coaching children no one can match. She has the talent, the eye, and the patience to draw only the best performances from her students. I recommend her to anyone who is serious about perfecting their craft.”
-Anastasia Torrent: Director, Writer

“Carolyn managed me for a Michael Mann pilot, “Robbery Homicide Division,” that I was able to secure with her help and passion. She puts other people first, and in a town that is “all about me,” that is a rare quality. She has a keen eye for talent, is a wonderful listener, and a cheerleader for all types. She is a real artist!”
-Kate Gopacco: Actress, Teacher

“I was the Academic Dean at a summer institute where Carolyn taught several courses in writing and creative thinking. Walking into Carolyn’s classroom, one could sense the palpable buzz of young working minds. Carolyn’s students were clearly inspired: Carolyn’s special brand of kooky imagination and rigorous writing pedagogy made her a highly successful teacher, one who I would be thrilled to work with in the future.”
– Christine Brigid Malsbary
Academic Dean, Summer Institute for the Gifted
Doctoral Candidate, Comparative Education, UCLA

“Carolyn has worked for me as an assistant director (Midsummer Night’s Dream, King Lear) and as a substitute teacher for my adult classes in Shakespeare and Chekhov at the Stella Adler Studio in Los Angeles. My students always love working with Carolyn because she brings such fresh energy and a lively spirit to the classroom and the rehearsal hall. Her own training as an actor is varied, so she has a wealth of experience to draw upon. Imaginative and spontaneous, she is able to help actors achieve results beyond their own expectations. She is a joy to work with and an asset in every situation.”
-Bruce Katzman: Yale MFA, Actor, Teacher, Director

“My daughter Fiona studied with Carolyn for 4 years. This was a great transition from Chicago to LA for us, especially because of Carolyn’s work and experience in both New York and LA. Fiona not only developed her confidence but her abilities also. She studied privately as well as in class. She was allowed freedom to express herself in a safe surrounding and grew to understand building a character, listening to others and working as a group. As a working actress myself, I couldn’t bring this out in my daughter as I was playing the “mom” role. Carolyn works so well with kids of all ages and Fiona has gone on to perform both on stage and on camera.
-Cathy Schenkelberg, Working Actress and mother of Fiona

“Carolyn is a natural with kids and exudes a passion for teaching! My girls really enjoyed taking her Magic of Theatre Class. Every class was fun and exciting for them. She not only taught them the fundamentals of acting but encouraged them to role play and express themselves in a group setting”.
-Cheri Cook: Mother of Kay Cook at Hesby Oaks Elementary

“Carolyn runs a professional, but not intimidating acting program. My son thoroughly enjoyed himself and gained tons of confidence thanks to Carolyn and her teaching methods. She has a knack for appreciating and valuing each student’s needs in an encouraging, fun way and nurtures their individual growth. We can’t say enough about our son’s positive experience!”
-Sonya Sanda: mother of Drew

“Carolyn’s Acting Intensive workshop in Edina, Minnesota was just what my two kids needed. They were already working professionally but Carolyn pushed them to a deeper level in their work. She provides a fun, challenging environment for young adults to explore the creative process. The skills and insights learned will serve them positively in acting and beyond.”
-Laura Goodrich: Author of “Seeing Red Cars,” and mother of Madison Goodrich and Judd Goodrich

“It was a special opportunity to have both my 10 year old son and 15 year old daughter take an acting class in Minnesota taught by a New York City and Los Angeles based Actress/Teacher. Carolyn was so warm and enthusiastic! She was able to encourage my two shy, Midwestern kids and make them feel comfortable and at ease in front of an audience and camera. Their presentations at school improved because of this workshop and more importantly, their self-esteem. What more could a parent ask for.”
-Marcia Dolphin – Mother of Jack Dolphin and Emma Dolphin

“I loved Carolyn Crotty’s “Hollywood Comes to Edina” Acting Intensive in Edina, Minnesota. It was such a fun class. After the class, I felt more comfortable being me. I was also cast as the lead in the play “Oliver.”
-Jack Dolphin: Actor, Singer, Dancer

“Carolyn Reese Crotty has been working as a teacher for our enrichment program on a part-time basis for many years. Carolyn has been an excellent teacher and all the children enjoy her classes.  She allows kids imaginations to blossom.  Carolyn teaches kids acting skills but also connects with them on their level.  They feel free enough to act and pretend as though they were just playing with their friends and not acting in a play.”-Cheryl Mandel: Enrichment Director at Wilbur Ave Elementary